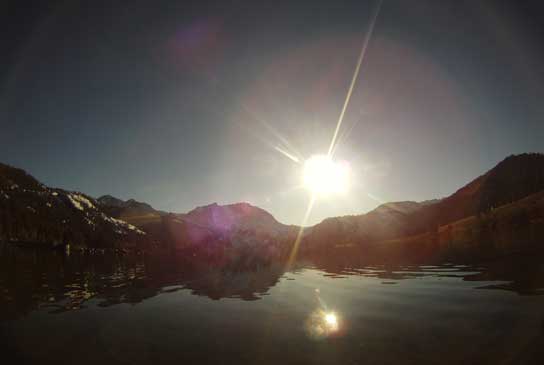 By jason olasNovember 18, 2021No Comments

What is means when Mammoth and June Mountain are owned by a group of Real Estate investors, not Skiers

Starwood Capital(the owner of Mammoth and June Mountain) has recently shut down June Mountain for the 2012-13 Winter Ski Season, ending June’s 50 year legacy. Starwood Capital & Mammoth Mountain claim that they cannot afford to keep June Mountain open, since it has never made any money. This is true for one reason. Back around the same time June Mountain was established(1955), Mammoth began providing ski enthusiasts and families a safe, fun, and affordable place to enjoy various snow sports. That was then. Now, Mammoth is in the Business of Making Money, but not so much in snow sports, but now mainly in real estate.

I believe the reason June Mountain never made any money was because of Starwood’s strategy to redevelop and control the town of June Lake. Starwood never advertised June Mountain, was never supportive of major events like the Grenade Games from using June Mountain, never invested in June Lake’s community, and meanwhile removed June’s snow-making equipment, and replaced June’s fleet of snow cats with Mammoth’s old, obsolete, snow-cats, just to name a few things. Basically, Mammoth’s business plan since Starwood Capital bought it in 2005 has been to suffocate June Mountain until it became “feasible” to shut it down. Why? Because Starwood doesn’t own the entire town of June Lake, like it now owns and controls the entire town of Mammoth Lakes. If Starwood cannot make money on a town’s land, logging, food, and lift tickets then it will bring that community to it’s knees.

Starwood plans to destroy the town of June Lake, to (1) bring real estate prices down in the area so that Starwood can buy more land at a cheaper price, and(2) force the local townspeople to allow Starwood to build-up and destroy the town’s chosen culture, style, and landscape. It is also my opinion that the board of Directors for Starwood would loose there jobs if they didn’t implement this simple and classic formula for their properties here in the Eastern Sierra.

Starwood will not sell June because that would allow a competitor to take away Mammoth’s market share here in the Eastern Sierra. And according to the Forest Service’s leases with Mammoth Mountain, in order to operate on Forest Service Land in Mammoth Lakes and June Lake, Mammoth has to operate these lands to benefit the local economies every year.

That would mean Mammoth is immediately breaking their agreement with the Forest Service the moment they announced June’s closing. However, Mammoth denies any violation on their behalf. So what is this? Is Mammoth bluffing so that the town of June Lake will fold their hand, and allow Mammoth to do what it wants? It is my opinion Mammoth knows it cannot close June, but is manipulating the people and businesses of June Lake, and destroying the Layed-Back atmosphere some of us depend on for a real snow experience, without the cooperate vibe, and trendy weekend warriors.

June Mountain was a place to enjoy your passion for snow sports. No Lift Lines, no crowded runs, and powder made from the same storms Mammoth gets it’s snow from. All for about half the cost of the same trip in Mammoth. Any real rider knows that Mammoth is a shit-show on powder days. Crowded, dangerous hot-doggers zooming right past you after you waited in line for 45 minuets. June is 20 minuets away and has all the fresh powder runs you can take.

Why have you never heard of June before? Again, Mammoth doesn’t want you to go to June because they can’t make as much money off of you.

Why isn’t the snow riding community more upset about this? Why doesn’t Snowboard Magazine write an article like this so more than 2 people will read it? Because Mammoth is a big corporation in the industry. If your magazine wrote about Mammoth in a negative fashion, Mammoth would do everything in it’s vast levels of power to make you regret your position.

In closing, I’m out of here. June, you will never be forgotten.